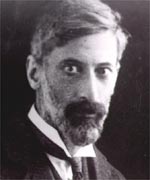 Robert William Paul was a successful electrical engineer with his own workshop in Hatton Garden in London when in 1894 he was approached by two Greek entrepreneurs who wanted him to make duplicate version’s of Edison’s Kinetoscope they were already operating.

Realising that, a mistake on Edison's part meant there was no patent held on the Kinetoscope in England, Paul seized the opportunity and agreed to make several machines for the Greek gentlemen.

Paul successfully copied the Kinetoscope and made several machines which, after fulfilling his order with the Greeks, he sold to other showmen. Unfortuantely, Paul found his customers unable to show Edison’s films on his machine as they were not licensed Kinetoscope operates and Edison only provided films to those with a license.

Needing a camera to produce films for his Kinetoscope copies, Paul turned to photographer Birt Acres who he had recently met and in February 1895 Acres had provided Paul with provisional designs for a moving picture camera. The following month the partnership of Paul and Acres had produced a working camera which Acres used to make the first film in Britain - 'Incident at Clovelly Cottage'.

The camera Paul and Acres produced was based upon Marey’s Chronophotographe and used 35mm sprocketted film which worked with the Kinetoscope design. Their camera provided a basis for a ten year business agreement founded in March 1895.

The agreement, sadly, lasted only six weeks before the two partners fell out. It is widely presumed that the reason for their break-up was Acres decision to patent the camera they developed together in his name.

In the years that followed, the feud between Paul and Acres continued. Robert and Birt each concentrated on improving upon their designs. Paul began work on improving the camera and incorporated a Maltese Cross mechanism which provided the film with an intermittent motion.

He also developed a projector, the Theatrograph, giving the first public demonstration on 20th February 1896 at Finsbury Technical College.

Paul’s design proved successful and he was soon hired by enterprising businessmen to hold regular showings at venues around London - including the Egyptian Hall from 19 March 1896 and the Alhambra Theatre of Varieties in Leicester Square from the 25th March. Paul’s engagement at the Alhambra was initally for two weeks but proved so successful that he remained there for two years.

In June of 1896, Paul attended the Epson Derby and filmed the finish and the Prince of Wales’ Horse “Persimmon” winning. He processed the film overnight and screened it to an enthusiastic Alhambra audience the next day - becoming one of the first news films.

Sales of Paul’s cameras and projectors soared and Paul was kept incredibly busy spending evenings travelling from music hall to music hall rewinding the films during each journey.

As well as manufacturing cameras and projectors, Paul also turned his hand to film production; he concentrated on “Actuality” films, to start with - such as the Derby and Queen Victoria’s Diamond Jubilee Procession but quickly branched out and as early as April 1896 made a short comedy - “The Soldier’s Courtship”.

Paul’s production company peaked during 1900 and 1905 but he gradually became disenchanted with the business. Finally in 1910, he decided that the film business was too risky and closed his production company down, destroying his stock of negatives in the process. After turning his back on the film industry he returned to his previous occupation, concentrating on electrical engineering.